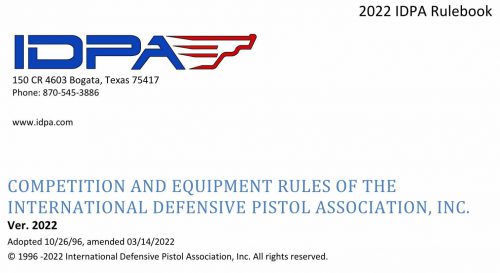 We are using it now even though some significant changes are not clearly defined. You can – and should – read it for yourself and this Down Zero blog post has links to not only the rule book but to related documents including a summary of the changes. The key points affecting you at a match are:

The cover position fault line rule does not define how the shooter’s position relative to the end of the fault line is judged and is has stirred up a lot of controversy. If and when an official workable solution is announced we will update this post. Until then, keep an open mind and don’t be surprised if the enforcement policy changes at every match.